The science behind The Matrix: can we power the world with our own mind and bodies?
In Wait of Tomorrow
×
Homepage Latest articles Join the team!
Technology Healthcare Environment Science Business Film
SHOP What Next Bro? Hoodie
In Wait of Tomorrow 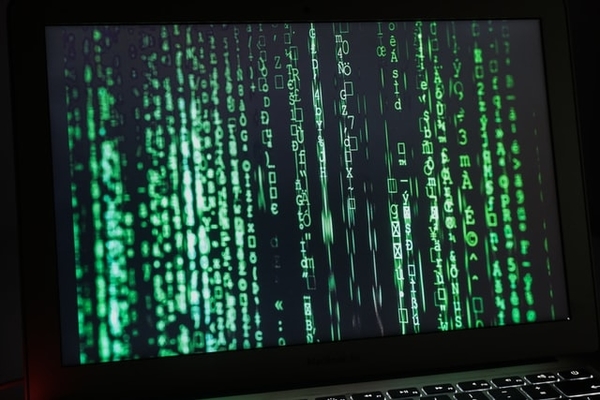 The Matrix is one of the most popular Sci-Fi film series of all time. The first of the trilogy cemented Keanu Reeves’ place as one of Hollywood’s most esteemed actors for his iconic role as Neo.

Neo, aka Thomas Anderson, is seemingly an ordinary person who works as a computer programmer and a part-time cybercriminal. Neo is somewhat suspicious of the world around him. Whilst delivering illegal software to a criminal-client, Neo ‘follows the white rabbit’ and meets Trinity who alludes to the same suspicions. The next day, Neo is introduced to Morpheus, who memorably offers Neo the truth through the famous red-or-a-blue-pill scene a bit later on. From then on, The Matrix paints a both outlandish and brilliant dystopian reality. Morpheus reveals that Neo has been a slave to ‘The Matrix’ his whole life, like billions of other humans. It turns out ‘The Matrix’ is a network of immobilised humans connected and forced to live out their lives within a computerised dream. Each human brain ‘dreaming’ generates bio-electricity that can be harvested to power the Artificial Intelligence (AI) that has taken over the world.

The true reality is set closer to 2199 than 1999, after a war takes place between humans and the AI that they had created. The war had seen humans create a nuclear winter by blocking out the sun to cut off the energy source for the solar-powered AI. The humans lost the war, and the AI decided to use them to generate the electricity that they needed.

Over 20 years after the first film, with the fourth addition to the series coming at the end of the year, we take a look at the science behind The Matrix.

“The human body generates more bioelectricity than a 120-volt battery and over 25,000 BTUs of body heat. Combined with a form of fusion, the machines had found all the energy they would ever need. There are fields, Neo, endless fields where human beings are no longer born. We are grown... What is the Matrix? Control. The Matrix is a computer-generated dream world built to keep us under control in order to change a human being into this {showing a battery}.”

Thermodynamically speaking, this concept is possibly a little far-fetched, but I guess it depends entirely on how much energy the robots need, and what this ‘fusion’ technique really is.

The first rule of thermodynamics tells us we can’t output more energy out than what we input. Many of our current energy sources involve burning materials to release the energy already stored in its structure, which is what makes them such effective sources. The heat produced is then used to convert water to high pressure steam, which will then drive turbines to produce electricity.

With humans, we get pretty much all of our energy from food and drink. This energy is converted to different forms of energy such as kinetic and electric for our body to function. When we breath and respire, our body converts some of the energy that was stored in food to energy that muscles need to move. When we do this, a fraction of the energy is lost as heat, and is given off as body heat. So, given that there’s so many different energy transfers and stores, it’s not looking too great for the AI.

The idea of using human body heat as usable energy isn’t new. A resting male may put out between 100-120 watts of energy, and there are some researchers putting this energy to good use by using it to power wearable devices such as smart watches. Unfortunately, current technology can’t convert enough of this heat energy, and technology developed at the University of Colorado Boulder currently produces around one volt of energy per cm squared of skin, far less than a normal battery. One of the issues is that it’s very difficult to capture all of the heat we emit, and most of it is very low grade (heat produced at a very small temperature difference).

So, it doesn’t seem like the best idea that an overpowering AI could come up with, but with advancing technology and science, I guess there’s no reason why we can’t generate usable energy from our body heat.

Humans have surprisingly large amounts of electrical activity within their body.

Increased research and better monitoring technology have started to reveal just how electric our body is. For example, skin cells generate an electric field when injured.

Even when we’re idle, our brains are firing electrical signals constantly just to dream and think about stuff. Most human bioelectricity is generated through cells called neurons. When we sense things, movement of charged particles at the neuron cell membrane generates a voltage. In some ways, each neuron is like a really tiny battery. Each neuron generates a difference of around 70 millivolts at rest. A fairly significant amount of bioelectricity when considering we have 100 billion neurons in the brain. The issue is we still don’t understand how all of the neurons are wired up and how they work together. This makes the question a little more difficult to answer. Could the robots get the power they need from dreaming humans?

Can we generate enough bioelectricity even when we’re not moving?

Some studies suggest that thinking things and imagining things produce very similar actions in the brain to actually seeing things. When you see something, a very specific set of neurons fire in the brain to produce that image. The set of neurons that fire link together in some way and form what’s called a neuronal ensemble. When you see that same object or image again, the same ensemble will fire to give your brain the same image. Each different visible object has a specific ensemble that fires to produce that image in your head. It’s almost like a code, and it orchestrates our memory. Because we have so many neurons in our brain, we have an infinite number of ensembles and can perceive an infinite different number of objects.

When you try to imagine something, for example a cat, the brain will fire the same ensemble that linked together when you saw that cat for real. When you relive a certain moment or situation in your head from memory, the same ensembles that linked together in that situation will fire to produce exactly what you saw the first time round. Of course, memories fade and become falsified when the ensembles don’t fire quite how they did initially.

The fact that humans are inert in The Matrix, living out their lives in their heads would make you think that their brain activity is significantly smaller. Sure, as we’ve just spoken about, thinking and dreaming uses a lot of brain activity, but what about senses? No real pain, no smells, no muscle movements coordinated by the brain, so how can the brain be producing anywhere near the amounts of bioelectricity that might be needed? Well, it turns out that when we imagine senses such as smell, the effects on the brain are very similar to the real thing. It goes back to the same stuff about neuronal ensembles. So maybe the brain power involved for each human to live inside The Matrix might be closer to normal life than we think.

Now that we know that a resting human will generate a fairly significant amount of bioelectricity, can we harness it and is it enough? Well, current estimates suggest that all the total energy produced by the brain would take around three days to fully charge an iPhone. So, unless the bots are really efficient and run off very little energy, I’m not so sure how well this would work for them. Even if the electricity produced by the brain was enough to power the robot overlords, harnessing the electricity is a different story. Current studies attempting this give varying results. Most studies in this topic attempt to harness the electricity produced by the body for therapeutic effects, such as stimulating healing processes. I guess this is the unexplained science that we’ll leave to the mysterious ‘fusion’ technique.

Whilst using humans as a power source for large scale energy generation probably won’t happen within yours or my lifetime – the idea of using natural body processes to generate usable energy is becoming increasingly important. Currently, this only extends to wearable devices and biomedical devices - that’s as advanced as it gets for now.

The fact is, the machine overlords could probably get more usable energy from burning the food and oxygen they give to the humans than from normal resting humans. It seems more plausible that there was some other reason for keeping humans alive, because there were plenty of better ways of getting the energy they needed. Hopefully they’ll reveal it in the fourth addition…