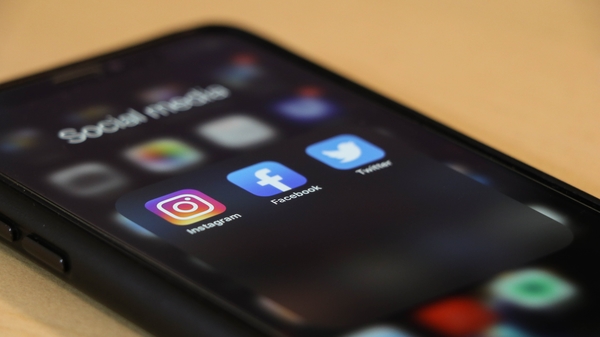 Over 3.6 billion people in the world are using social media, and the amount of time we spend on it per day continues to increase. When used in moderation, social media can be a very wonderful thing that can be used to spread news, positivity and can propel small businesses. Unfortunately, it’s difficult for people to draw a line. The unfortunate reality is, major social media companies across the world don’t want you to draw that line, as has been said by many ex-employees of the major social networks. Social media companies, such as Facebook and Instagram want you to become addicted, and the reasoning is simple. Your attention is their revenue.

When a business pays social media websites to display their ads, the amount they pay is determined by how many social media users that business wants to target. So if the business pays to reach a certain range of users, Facebook will show the ad to the specified range of users over a set amount of time. So, when you’re on Facebook or Instagram and you see an ad for a business, that business paid Facebook to show you that ad. That means that you just helped Facebook earn their money without you needing to click or buy anything. As long as enough users who see the ad go and buy the business’ products, that business has made money.

It’s a great tool for businesses and social media companies, but in doing this social media companies may have helped create a huge problem. Now there is so much profit in keeping their users addicted and glued to the screen, they almost want you to be addicted. When you, as a user, spend large amounts of time on social media, the issue is not to do with the ads you come across but the rest of your feed. We could talk all day about how much social media affects the mental health of youth or how much fake news is being spread.

The behavioural psychology that explains the world’s social media addiction

Research and studies from 2016 prove that social media addiction is a real thing. Users can display the same symptoms of behavioural addiction that one might experience with drugs and gambling, including tolerance, withdrawal, conflict, salience, relapse, and mood modification.

And like any other addiction, social media also taps into our body’s use of dopamine. Dopamine is a neurotransmitter and its release in the body is associated with feelings of satisfaction and also plays a role in addiction. Every time we check our social media, our brain releases dopamine.

Human behaviour when it comes to small habits can be represented by what’s known as Fogg’s Behaviour Model. This model states that an individual’s behaviour is often dictated by three things: a prompt, motivation (how much they want to act on the prompt) and ability (how easy it is to act on the prompt). In the case of smoking, the prompt could be stress, the motivation could be the stress-relief initiated by smoking and it’s very easy to get a hold of some cigarettes. With social media usage, the prompt could be a notification on your phone, the motivation may simply be a fear of missing out and you have all social media at the tap of a few buttons.

The behavioural design of social media sites and the dopamine effect

So, what is it about the design of these apps and websites that make them so addictive? Whether intentionally or not, certain design features on social media have now raised ethical concerns. If you’ve seen Netflix’s popular documentary ‘The Social Dilemma’, you may remember the interview with the ex-Facebook employee who helped invent the ‘like’ button. What was initially meant to be a way of spreading love and positivity also had some contribution to a generation of youth who suffer more anxiety and depression than ever.

The ‘infinite scrolling’ feature is a little more sinister. All social media sites have removed stopping cues. When you finish scrolling through a feed, sites used to have some kind of stop cue - something that prompted you to decide whether you wanted to move onto something else. Similar to how video games split their games into chapters, which gives users the chance to play the game in chunks. Now, it’s very difficult to reach the bottom of your feed. You could keep scrolling through endless amounts of memes, photos and videos. Adam Alter, psychologist at New York University stated, “Where Facebook, Twitter and Instagram make their feeds bottomless, introducing natural end points would gently encourage users to move on to other activities.” This means that users don’t have to do anything active (such as clicking a button) to keep browsing, similar to how Netflix automatically play the next episode if you don’t click anything. They design it to make it easier for you to stay on the app rather than leave it.

The ‘pull-to-refresh’ feature that social media and most websites adopt could also have a role in our vulnerability to social media addiction. Each time we refresh to update our feed, there is a level of unpredictability about what we're going to see next. Will it be more memes or posts from influencers? This unpredictability attracts many of us, just like how we prefer films that are unpredictable. One analogy used is that the ‘pull-to-refresh’ is like pulling a lever on a slot machine.

Advice for the future

How much time you should be spending on social media can’t really be quantified. Some people, such as influencers, make their money through social media and many use social media to spread news and positivity. But it’s clear that social media addiction is a problem that needs to be addressed.

If you think you’re spending too much time on social media, look at Fogg’s behavioural model and try and cut out the factors from your lives. Turn off your notifications from social media to remove more prompts. Fill your time with other activities and hobbies to reduce the motivation. Though, unfortunately, social media will always be just a click away.