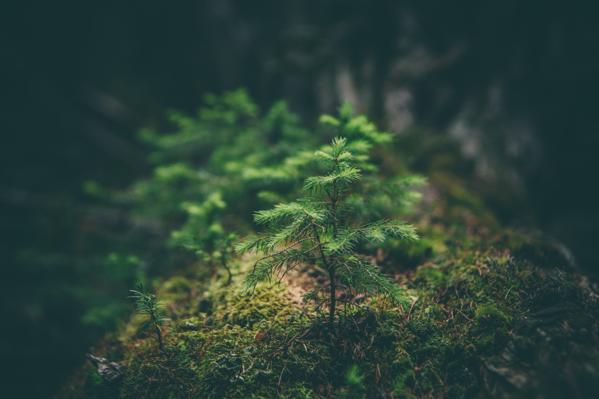 As climate change becomes more evident, we’re beginning to notice changes in our weather behaviour. Every month of 2020 except December was in the top four warmest on record for that month. The world is paying more and more attention to it, but for centuries we’ve developed and built our societies around processes that have only contributed to increased waste and pollution.

The fashion industry’s effects on the environment have slipped under our noses for a long time. Companies and brands such as BooHoo and Primark have become the most affordable options by continuously undercutting each other and producing their clothes in the cheapest way possible. Unfortunately, despite these clothes being sold for so cheap, they come at a much bigger cost.

Numerous sweatshop scandals and a huge environmental footprint haven’t stopped these companies from becoming some of the most popular fashion brands in the UK. But when it comes to the environmental impact, it turns out that it’s not just fast fashion. It’s all fashion.

A company’s choice of raw materials has a huge effect on their environmental impact, and the materials you’ll probably find in almost all of your clothes are cotton and polyester. Almost 60% of all clothes have polyester to increase lifespan and durability. Companies tend to produce their own polyester, mainly from non-renewables such as Petroleum. This process, as many of us know, produces huge amounts of greenhouse gases. Almost 10% of greenhouse gas emissions today are in fact from the fashion industry. Add to that, each time you wash some polyester clothing, little particles of microplastics leach into the oceans and into the guts of 73% of the world’s deep-sea fish. Studies investigating the effects of this have shown that microplastics are neurotoxic and can lead to oxidative damage in fish.

The fashion industry produces approximately 20% of global waste water. Much of this is through cotton production. What’s worse is that this production tends to occur in countries where water scarcity is a problem, such as India. Sometimes, in countries like these, water for clothing production is prioritised over clean drinking water.

All of this is compounded by the increasingly consumerist society we live in. No doubt the cheap prices offered on clothes has led to us each buying 60% more clothes than we did 15 years ago. As a society, we’ve become more wasteful because cheap clothes are seen as more ‘disposable’.

Admittedly, it’s difficult to turn away from cheaper brands when we want or need something. That’s why the best thing we can all do is to put all of our old clothes in the right places. Your wardrobe isn’t the best place for clothes that you don’t use, and neither is the bin. If you’ve got old clothes that aren’t too ripped and don’t offer sentimental value, donate them!

You’d go far and wide to find a household that doesn't have coffee stored somewhere.  It’s so common and yet very few people have stopped to consider what impact it has on the environment. But the fact is, most of it is produced in some of the most delicate and important environments on the planet. In the UK, we’re now drinking 95 million cups of coffee every day, and 2 billion worldwide. The world is hooked on coffee. Wherever there’s an addiction, there’s money to be made.

Complex supply chains and production in developing countries have raised questions over the human impact of coffee production. We know that coffee production creates jobs, but there’s little transparency about the standard of work and living for those at the start of the supply chain. There have been huge concerns about how well coffee farmers are actually treated.

The environmental impact is just as huge. With the growing global population and the increasing thirst for coffee, all those extra beans have to be grown somewhere. WWF reports that up to 2.5 million acres of forest in Central America has been cleared for coffee farming.

If you’re a coffee lover, but also someone who wants to help the environment, the best you can do is look for coffee with the Fairtrade label, or even Rainforest Alliance-certified coffee. Both of which mark a company making an effort to protect its farmers whilst also protecting the environment.

I debated whether or not eating meat falls into the category of ‘something that not many of us know about’. But it’s well worth a mention, because the meat industry is so horrendous in some areas. Unless you’re buying locally sourced meat, the supply chains are so complex that we rarely know where our meat comes from.

Popular documentaries such as Seaspiracy and Cowspiracy have brought to light just how rotten the meat industry is, from source to shelf. The human cost is enormous, with exploitation, human trafficking and slavery at the heart of some of the world’s seafood industry and is particularly bad in Thailand. This affects seafood all over the world with major supermarkets like Tesco and Walmart sourcing much of their prawns from Thailand.

Overfishing is of course having a huge effect on our aquatic ecosystems and the environment. Certain fishing methods scrape algae off the seabed just to catch as much fish as possible. Huge underwater masses of algae have been cleared. Algae are small underwater plants that are currently responsible for nearly 50% of the world’s carbon dioxide take-up. Without them, that’s a lot more ozone depleting gas left in the atmosphere. Dead algae aren’t the only waste product from overfishing… Up to 100 million sharks are killed every year, much of which happens when sharks aren’t even the intended product.

It’s not as simple as saying ‘go vegetarian’ because actually some common vegetarian staples like soya have their own impacts. The growing consumption of soy is causing huge amounts of deforestation. But we could make more of an effort to buy locally sourced meat and maybe reduce consumption of seafood.

Aspirational recycling is an example of how good intentions can cause even more difficult circumstances. It’s when you throw something into recycling that can’t actually be recycled. We do this most often with items when we’re not sure if they can be recycled, but throw them into recycling regardless, assuming that either it’ll get recycled or just separated.

What you can and can’t recycle depends on the area you live in, but some things that many of us mistake for recyclable trash include batteries, flexible shipping bags and to-go coffee cups.

If you’re looking for ways to lower your environmental footprint, these are some good things to start with. There’s a lot more things that could go on this list, but these collectively have a huge impact. We can’t stop ourselves overnight, but small lifestyle changes such as donating clothes instead of binning them and buying certified coffee can have a big effect.