The Science of Inception: can new technologies read and influence your dreams?
In Wait of Tomorrow
×
Homepage Latest articles Join the team!
Technology Healthcare Environment Science Business Film
SHOP What Next Bro? Hoodie
In Wait of Tomorrow

The Science of Inception: can new technologies read and influence your dreams? 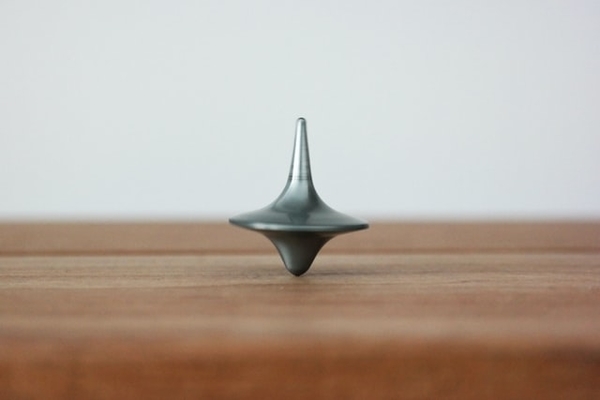 “Inception” is one of THE biggest sci-fi movies of our generation: a Christopher Nolan classic. For those who haven’t seen the film, it explores relatively untouched parts of neuroscience. The basic plot of the film is as follows: Cobb (played by Leonardo DiCaprio) and his entourage attempt to infiltrate the dreams of a rich businessman and plant an idea without the businessman knowing. This is called an inception. Cobb does this for a client, who is benefitted in some way by the businessman having this idea.

The film taps into all kinds of neurological phenomena, including dreaming. So, the big question in this article is, how much of the film “Inception” is reality? What is the science behind "Inception"?

In 2017, researcher Daniel Oldis led a team at the University of Texas to a startling breakthrough. They used what’s called an electromyogram (EMG) to record nerve impulses being sent to muscles. EMG’s simply measure and record electrical activity of a muscle, and when a muscle moves it generates a current. Oldis used this test to map what muscles the brain was trying to move when the subject slept.

When you’re dreaming, electrical signals are still being sent from your brain to your muscles to stimulate movement. The only thing stopping you acting out your dreams is the Brainstem, a part of your brain which sends other signals to temporarily paralyse muscles when you sleep.

With the EMG test, Oldis recreated some movements that his subjects made during their dream, which you can watch here.

Deep learning: can machine learning be used to read your dreams?

In 2010, Japanese researchers at Advanced Telecommunications Research (ATR) Computational Neuroscience Laboratories made use of functional magnetic resonance imaging (fMRI) to try and tackle the idea of dream-reading.

ATR scientists took fMRI scans of the brain, while it was being shown images, and fed the scans to a machine learning system, which was able to ‘learn’ to associate brain activity with particular images. Scientists could analyse blood flows around the visual cortex of the brain and reconstruct simple black-and-white images. Yukiyasu Kamitani, ATR's head of Neuroinformatics, said that doing this to someone who was asleep was more difficult as the brain’s signals are too ‘noisy’.

In the past decade, the ability to integrate machine learning and neuroscience has hit new heights in a field known as Deep Learning.

What’s perhaps even more startling is that deep learning machines, like Google’s DeepMind, actually have some kind of ability to dream. This AI ‘dreaming’ has been used in the creation of abstract art, amongst many other things, but that’s a topic for another week.

In 2017, Kamitani led more research into dreaming. This time, his team of researchers used a deep learning computer system called a deep neural network (DNN). The DNN could take data from fMRI scans of a sleeping person’s brain and remake certain images.

The same technology is being used for mind reading – when the person’s awake. The main difference here is that, as already mentioned, the brain’s activity is more ‘noisy’ when asleep.

The technology for reading people’s dreams – and minds – is here for us all to see. Researcher Daniel Oldis predicted that within the next 10 to 20 years, we could have the capability to record a full dream movie.

Will we ever be able to predict and influence dreams?

It seems as though deep learning is the only technology that holds the key to dream reading. The problem is we don’t know enough about the brain, ourselves. We can’t give a DNN enough data to be self-sufficient and record a whole dream yet.

Once we can do this, by analysing enough of someone’s dreams, artificial intelligence would be able to predict future dreams to an alarming degree of accuracy.

And as to whether we can influence someone’s dreams and plant an idea inside their head… For now, that still remains a fantasy. In other words: there is no Inception technology.

During the film "Inception", Cobb and his team enter the dreams of a businessman and are all the while completely aware that they are in a dream. It gives them full control of what happens, allowing them to defy physics and the laws of nature.

The technology showcased in the film Inception is a long way from reality, but a decade after the film came to our screens, influencing other people’s dreams has become a subject of intense study at MIT.

The Targeted Dream Incubation (TDI) protocol harnesses more advanced knowledge of our sleep cycle and uses wearable sleep-tracking devices to help guide people to particular themes in their sleep. When we sleep, we first enter a phase called hypnagogia. This depicts a gradual progression from when we enter sleep to unconsciousness. In the middle of this hypnagogia, the brain begins to enter dream-state, but it is still consciously aware and at this point we can still hear.

TDI uses sleep-tracking devices to suggest when a subject begins to fall asleep and when the person might be in the middle of hypnagogia. At this point, TDI Stage 1 occurs, and an audio recording is played telling the subject a theme to think about. The words in the recording slip into the subject’s thoughts and dreams.

TDI Stage 2 occurs before the subject goes in to deep sleep. An audio recording asks ‘can you tell me what are you thinking about?’. The awoken subject will give a dream report to prevent them forgetting their dream. This cycle is continued and prevents the subject from going into a deep sleep, but allows them to dream. TDI is used for therapeutic reasons such as combatting nightmares and anxieties, but also for research. It allows some measurement of how people’s dreams can affect behaviour and emotions throughout the day.

As ground-breaking and interesting as TDI is, it’s a far cry from Leonardo DiCaprio and his group infiltrating dreams and planting ideas. It’s possibly the closest current science and technology has to offer with regard to Inception. The fact is, whilst we can't hop into another's dreams and influence them, we can influence our own dreams a lot more than we know.

Lucid dreaming is a completely natural way to influence your own dreams, but it's something that very few people experience. There are ways in which you can train yourself to dream lucid, if you want to have greater control of your dreams. One way to help you learn to dream lucid is to keep a dream journal. As soon as you wake, record the contents of your dream. It forces you to remember your dreams and helps you become more aware of them.