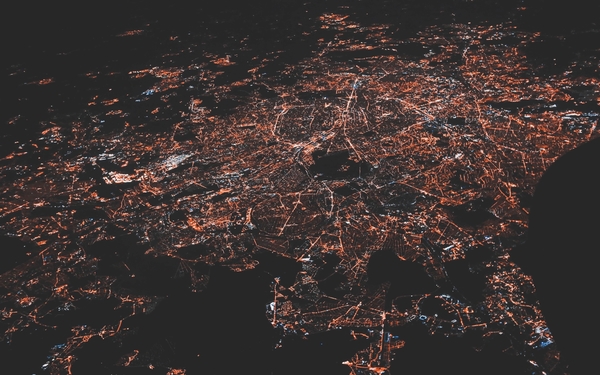 5G, the successor of 4G, is the new standard for wireless technology and global mobile networks. It was 4G that allowed us the increase in browsing speed from 3G, permitting us to stream anything while being on the move. Now 5G has been introduced in order to increase user satisfaction further. Yet 5G hasn’t been a stranger to controversy, despite all its advantages. Is 5G as bad as our WhatsApp chain messages suggest?

5G, as should be expected, is most definitely faster than the preceding generations. But since speed isn’t usually something we desperately need improving, there must be other pressing advantages. One of them is the ultra-low latency. Latency is a measure of how long it takes for data to be sent from a sender and then acknowledged by the receiver so that an action can be carried out. For example, with 4G, when streaming a football game, the video we watch will always be slightly behind in time. The fans in the stadium have a good few seconds of celebration before we can at home. This is latency – and 5G is designed to significantly minimise it. This would then allow for a more seamless gaming performance, as players would be less likely to fail on key moments due to an unexpected lag or delay from real-time. Such 5G technology could also be very crucial for specialist medical equipment where any kind of delay in transmission could be fatal.

We may have just quickly moved on from mentioning that 5G was obviously faster than 4G, but to put things in perspective, you could download an entire movie in HD within a second using 5G. Find out even more by watching the short video below:

It won’t come as a shock that there have been quite a few unsubstantiated claims about 5G and its health risks. The most common, as of recent, involved accusing 5G of spreading Coronavirus (COVID-19) through the new transmission towers. There has been no evidence to date to suggest a correlation between 5G and the spreading of Coronavirus, and in truth, these claims are actually very dangerous within the current climate. Such claims have been spread via WhatsApp chain messages, and it’s clear that the Chinese communities in every society are now having to struggle with yet another form of racism. So, for all those of us who think 5G can weaken our immune system and be used to spread infectious diseases, there simply isn’t any evidence out there to support this.

Does this mean 5G is in the clear? No. There are some legitimate health concerns out there and a lot of them have to do with… lack of evidence. Not that many studies have been carried out regarding the radio-frequency energy transmissions which are specific to 5G and how they may affect our health, especially with the extensive exposure that is planned. Another common concern is… choice. Many citizens have complained that developments and implementation of controversial 5G technology has been done without any kind of permission from the public. The focal point of concern is that exposure to these radio frequencies are involuntary – citizens have no choice as to whether they are or are not exposed to such transmissions.

The UK announced, in January, that the Chinese multinational technology company, Huawei, was going to be giving the equipment for the 5G network infrastructure. As of since, the UK’s government has decided to ban any buying from Huawei starting from next year. The obvious concern is national security but there could be more subtle concerns driving this move. Could the Chinese 5G infrastructure be used to spread propaganda beyond the borders of China? Nevertheless, our confidential data is always going to be under threat, let alone all the private governmental matters that are protected even from citizens. There is no doubt that the US sanctions that were introduced tipped the UK over to go ahead and impose these restrictions on Huawei. By 2027, all Huawei infrastructure will be removed for the UK’s 5G network.

There will always be fearmongering and new conspiracy theories that will rocket onto our feeds, voluntarily or involuntarily. However, we should bear in mind that the ‘bad people’ who are installing all these ‘deadly 5G towers’ are going to be just as exposed to the frequencies as anybody else. In fact, the technological evolution from 4G to 5G should be welcomed for all its improved features. I know I would love to have the latest Hollywood movie downloaded onto my phone within a second (legally of course, and most definitely in HD).

The funniest thing is…  what’s exposing you to radio frequencies the most is what you’re reading this on right now!

PS: no mobile phones were thrown away in the process of writing and researching for this article!

Photo by Anastasia Dulgier on Unsplash