How the Internet of Things (IoT) is revolutionising the world around us
In Wait of Tomorrow
×
Homepage Latest articles Join the team!
Technology Healthcare Environment Science Business Film
SHOP What Next Bro? Hoodie 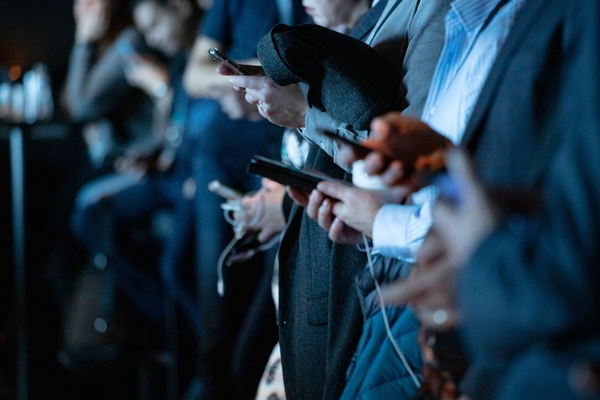 At one point only our PCs, laptops and phones had internet capabilities. Now we’re in 2020 and it’s normal to have TVs, watches, refrigerators, speakers, headphones, thermostats and so much more all connected to the internet, exchanging data with each other and being controlled by your phone or your Amazon Echo or Google Nest Mini. Google may as well be paying rent in each of our households.

The IoT extends to much further than just objects in our homes though. Many cities around the world are on their way to becoming smart cities. Traffic lights, parking meters and road sensors can all be connected and moderated to control traffic throughout the city and provide real-time data to anyone. Connecting more things to the internet could allow us to monitor and regulate so much more i.e. pollution as well as just typical traffic.

New York City is taking huge strides, with smart bins that can alert authorities when they’re too full and overloaded which helps protect the environment. Many payphones in the city have been replaced with ‘links’, and each ‘link’ provides an android tablet, encrypted Wi-Fi and a telephone. Users can video call and browse on the tablet.

Singapore is one of the world’s smartest regions. The Singaporean government have an aim to digitize everything including the economy, the government and society. They encourage and support businesses to use the IoT as much as possible. The government also plans to implement a National Digital Identity (NDI) system for businesses and residents, allowing them to communicate securely with their government.

Just as we have smart homes, we now have smart manufacturing. All manufacturing equipment in a facility can be embedded with sensors and connected to the internet. This could allow different equipment in a facility to communicate with each other. This allows real-time monitoring of processes and helps businesses understand how their process work. In fact, as industrial and manufacturing robots become smarter, they may be able to use their connectivity to make important decisions, and automation will become even more advanced. This will help manufacturing adapt according to real-time changes in needs.

For most manufacturers, smart manufacturing is still in its early days. Some companies such as Rolls Royce are beginning to adapt to the IoT already. Rolls Royce now fits their engines with sensors. Each sensor connects to their own customer service teams, who can identify any engines that may be in need of service.

The good, the bad and the ugly

The IoT is such a broad term. Creating smarter cities has huge potential in reducing pollution, traffic and providing more people with access to medical and government services. But I wouldn’t blame you for being afraid of the idea that almost any physical object could be connected to the internet. It’s becoming more and more common. What’s potentially even more alarming is how close we are to connecting our own biology to the internet.

Elon Musk’s Neuralink initiative is an exciting prospect. Neuralink develops brain-machine interfaces (chips) that will essentially monitor activity in your neurons and use them to control devices around you. Early applications would aim to allow people with severe spinal cord injuries to control computers and mobiles with their brains. Their long-term goal, however, is not medical. As their algorithms and their technology improve, the chip would be available for everyone. Just another device in your smart homes.

How concerned should you be about this technology? Elon Musk is a huge advocate of regulating the development of AI. He’s made predictions in the past that the singularity will kill us all. His Neuralink might just be him saying to us all “if you can’t beat the singularity, join it”. AI without regulation will become more powerful and out of control (the singularity), but humans and AI mixed together using a Neuralink chip could be so much more.

Mixing ourselves with computers is a long enough way in the future still, but the IoT and smart homes is very much in the now. The more things around the house that are connected to the internet, the more things that can be used to track you and the more devices there are for criminals to hack. As smart cities become the next thing, we’re going to need huge investments into cybersecurity.